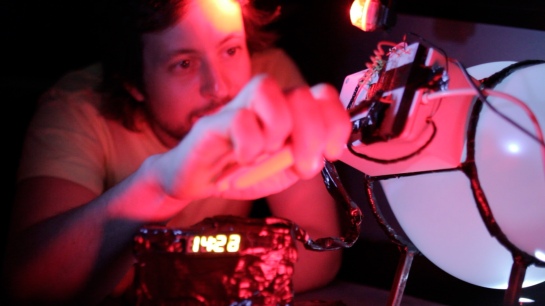 Last November I gave a talk at the UMEA Fall Summit, organised by the wonderful Matt Cottam, (you can watch it here if you like) during the talk I discussed two of DWFE‘s projects: The Parasitic Spectacular and Green=Boom. Considering that UMEA is a relatively conservative design school, I was pretty worried about how the work was going to be received. So when the first questioner stood up and introduced himself as one of the Architecture Professors, I was sure I was in for a grilling. His question was: “Your work seems to have a theme running through it, the deconstruction of violence, as a group do you have an agenda?” – with this I gave a sigh of relief, followed by a mild sense of panic.

Although the media consumption of violence has been an inexplicit concern of ours, to hear it spelt out so clearly, shocked me slightly. My answer was rambled and probably banal, but the question has stuck with me. It’s the word ‘deconstruction’ that I continue to struggle with.

Deconstruction has a long and rich theoretical tradition in continental philosophy, but also in architecture through the collaborations of Derrida and Eisenman and the work of Bernard Tschumi. The Parc de la Villette was the subject of my undergraduate dissertation, and so i admit to having a long term interest in the semiotic qualities of architectural practice, but i’m deeply suspicious of the practical affect on spatial politics – does the approach overturn the dominant politic of the day? By looking at DWFE’s work as a form of deconstruction can I understand the role, meaning and direction of the work in a new way? Has DWFE become a bastard child of Deconstructivist Architecture?

First I have to consider whether or not our work aims to deconstruct violence. The answer is yes and no. The intention wasn’t prefigured in our collaboration, or even a hot topic in our discussions, but now looking at the projects, the obsession with contemporary representation of violence is a common thread. Our work aims to subvert and challenge preconceptions – through images and experiences we want people to consume violence in a different way – the work is auto-critical. We’d like the projects to reconfigure people’s mental model of how and why violence is used within our culture. To do this we speculate on new relationships to violence (or previously considered violent experience). We use the powerful aesthetic of violence to hijack cultural meaning. So in this way, there is a strong link (or more accurately, parallel) to deconstruction, through the examination of media representations beyond binary oppositions, we generate new meaning.

The other thing I hadn’t fully considered was our ‘agenda’. The work grew organically, driven by our interests, curiosity and conversations – if we had an agenda it was more to do with the role of design, not the function of it in relationship to violence. We’ve spoken about G=B in terms of a failed boundary test in taste, but what do we see it achieving?

The role of design as a form of critique has been fully documented, one of the ever-present discussions between Laura, Jimmy and myself is the level to which designers make their ideological position explicit. We normally disagree and the dialogue continues. It’s a fine line between making evocative work, that demands reflection, thought and an inner soul searching and work that comes across as preachy, superior and condescending. To some extent this is why I see the projects as ongoing research – they enter the world and uncover opinions, prejudices and positions… They discover their role as they grow and change.

I guess a thread that is shared between is that the role of design in the mediation of experience is messy and complex, through the production of new experiences we can start to uncover the hidden politics and meaning of violence within our culture. 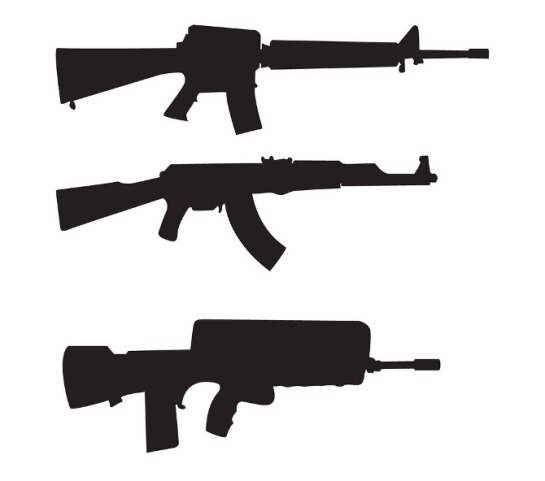